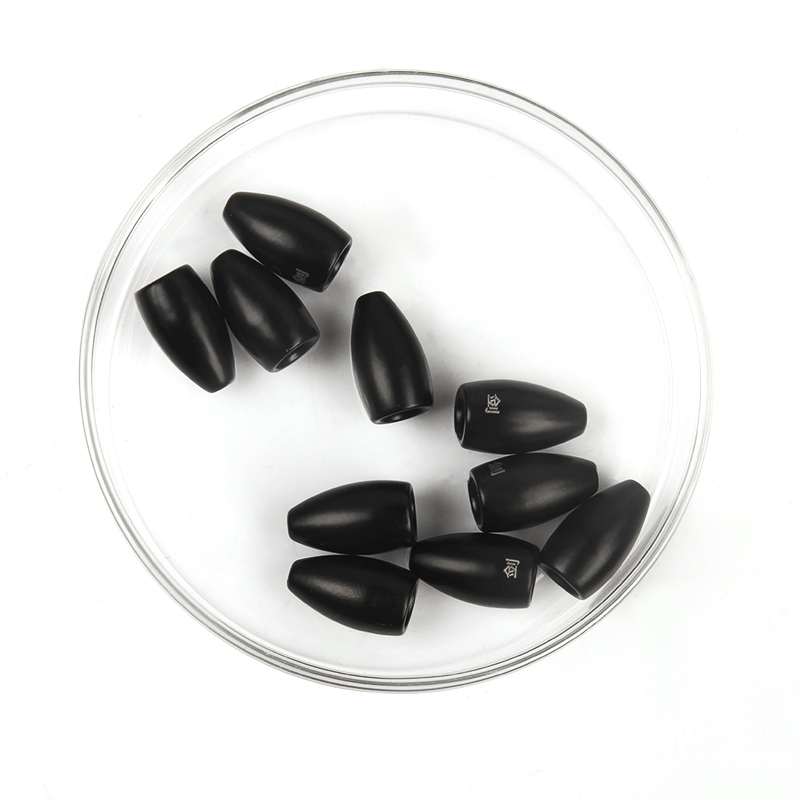 Tungsten as a material has a greater density than lead making the weights approximately fifty percent smaller.

Tungsten Flipping Weights are great for fishing heavy cover since your sinker is less likely to get hung up.

What are the advantages of Tungsten  Fishing Weights?

1. Small volume and high weight
High density is making tungsten alloy fishing weights smaller than the conventional lead fishing weights. They will be hung up far less than a lead sinker because of their smaller size.
2. Hardness
Tungsten alloy are harder than lead fishing weights. They will not be stuck in the jowl of the fish, so the shape will be maintained longer.
3. Strong wind resistance
As the high density of tungsten alloy fishing weights make your fishing easier. They are heavy and dense enough to resist sudden wind blows. Moreover,they are extremely sensitive and can actually help you "feel" what the bottom is made of and what your bait is bumping into, such as brush, rocks, mud, etc.
Tungsten alloy are an ideal, environment-friendly material alternative to lead weights, which is toxic and increasingly being labeled an environmental hazard.

Tungsten alloy fishing sinkers are made by rare metal – tungsten. It is an ideal substitute of the lead fishing sinker. Tungsten heavy alloys concentrate maximum weight in the smallest possible space. They are often used as counterweight in sporting field, such as balancing, tungsten heavy alloy fishing sinkers, golf weights, etc.
Tungsten alloy fishing sinkers are an ideal, environmentally friendly alternative to lead weights, which are toxic and increasingly being labeled an environmental hazard. They are harder than steel and extremely dense, tungsten being on average 30 percent smaller than its lead counterpart is. Meanwhile, they are smaller than conventional weights, create twice the sound of lead weights and maintain their shape for longer. Tungsten is also used in the production of other fishing applications, such as tungsten-carbide line cutters and tungsten powder coating for fishing lines.