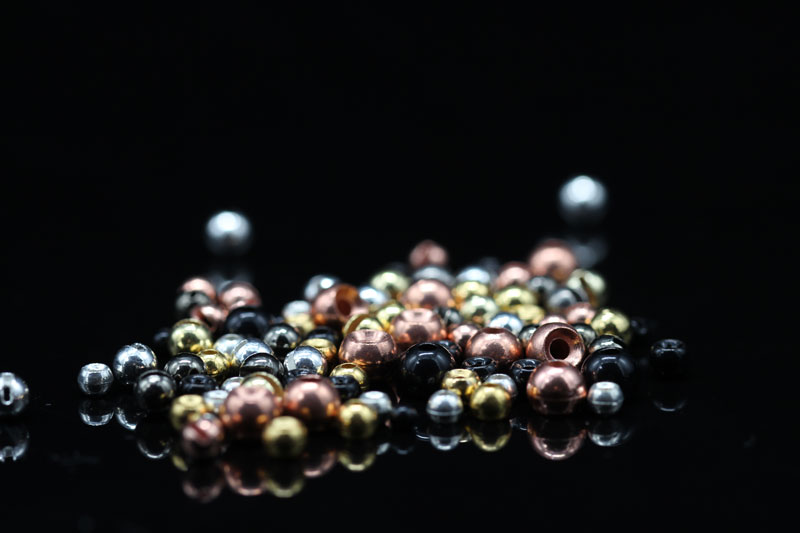 Now let's talk about The main points of making and using dry flies for fly fishing.


fly fishing is a kind of top fishing method in stream fishing. fly fishing has extremely rich connotation and wide way of obtaining fish. The use of light flies can be subdivided into dry type flies and wet type. There are five categories of Fly flies,means Dry flies, Wet flies,Nymph,Streamer and Emerger. In this article, let's take a closer look at some of the key points in the production and use of the top-ranking dry flies in fly fishing.

Dry flies are made from a wide variety of materials, including animal fur, bird feathers, and some chemical fiber materials, but are limited to zero water absorption. At 44°N, the best dry flies are derived from mink, black scorpion and Asian bear soft belly hair, followed by the belly fluff of wild ducks and domestic ducks. In the imitation of the fisherman, you can do whatever you want and indulge your imagination. There is no best for the flies but each flies must have a logical shape and color, which is the basic principle of flies making.

The ability of fish to distinguish color is governed by the environment. The single main color on both sides of the stream makes the fish's color recognition rate the worst among all freshwater fish.Stream fish have a wide visual range, but the length of vision is very limited, usually they can only see objects within 20Cm. How did the fish find the flies? This has made us very fascinated.

Physical research shows that the eyes of fish are not like the human eye. The shape of the object is seen by the focus of the pupil. The fish eye uses the refraction of water waves to magnify the image of the object to see "clear" objects farther away, but in fact just a silhouette. Just like a young man wearing a pair of reading glasses, although he doesn’t quite understand that it’s a joke, but the obvious part is the black part of the object.

Black is the lowest transparency color and the most visible color in most light. The stream fish under the water is searching for the target by searching the water. What does it rely on? Undoubtedly relying on the background of the white waves contrasting water! This is the main point of our making flies. Therefore, we must understand that the color of the flies should be thicker.

In the summer of the jungle, the rainy weather tends to come unexpectedly, which is invaluable for fishing. The light on the rainy day is dim, the ability of the stream fish to color is enhanced, and the colorful flies are specially made for this weather. Materials with polarized light are widely used in the manufacture of lure. And the trial is used for the production of flies. Obviously, it is still an area to be expanded in terms of fishing.

Polarized materials are widely used in the insect world. Many insects have warning false colors on their wings. But for fish, there is nothing to be afraid of. In fact, fish eye already has a variety of light source sensors, which can directly divide the intensity of ordinary light and partial light source. That is, it knows completely which kind of light comes from nature or food.

The natural polarized light in the rain is everywhere, the flashing green leaves, the sparkling water and the shadows of the fish scales that we have inadvertently described and the wet wings of the insects.The angle of the light is different, the color of the polarized light shade is different. The more vivid the color, the more it can reflect different color light. This is a required course for the fly fisherman to make the flies. The material of the flies material with polarized light properties is derived from the black hair of the black hair, the tail hair of the male deer and the dark blue green feather at the tail of the wild duck in the range of 44°N latitude. Due to the lack of materials, most of the creeks have replaced the feathers of domestic ducks.

How do fish look at a flies? Just as we look at the shadow of an insect that falls on the wall against the sun. If it is not flying, it is difficult to understand what it is. Therefore, the fly fishing method of counter-current throwing should not be advocated. After the orthodox fly fishing raft is in the line, the left hand holding the line should slowly smash into the middle of the line, while the right hand needs to use the stern tip to make a jog, so that the flies upwards and jumps upwards. Throwing should place the body, the fishing rod and the flies means three points in the same line.Control the speed and rhythm of the wheel. In a constant speed, shake back a few times and put it back a little bit and then shake it back, so that the flies is like an insect that is injured and falls into the water and struggles to fly.

The common handcuffs nylon line fishing requires the angler to throw the line at the 12 o'clock direction of the stream. When the flies falls into the water and descends to the direction of 5 o'clock or 7 o'clock, the right hand holds the low dice to the upstream, and controls the speed. When the time is fast and slow, it is necessary to pause a little while from time to time. Let the flies flow down and then move the scorpion to the upstream to repeat the action. The predatory fish often robs the flies in the upward direction.

At dawn, when the bottom of the stream gradually spreads the light, within a few quarters of an hour before the sun rises, the stream fish move toward the water that first receives the sun. The moths that had been busy for a night rested on the branches and leaves of the bushes by the water. The heavy dew has soaked through their wide wings, and for some moths that can't hold their wounds, once they fall into the water, they are fatal.

The white, moth-like flies come in handy at the moment, but the flies are on the water's edge and the chance of being preyed is only 50%. We can't make the flies move like real moths. The best way to catch a hand squid is to let the flies fall on the leaves of the plant just right. The fisherman gently licks the flies to free fall from the tree, but this fishing method is not conducive to long scorpion operation.Because the swaying shadow will fall into the water easier. The solution is short rod and long line, but the control technique is difficult to master and requires long-term training by the angler. fly fishing rods require the fisherman to send the flies to the bushes, and the flies are used to pull the flies to attract the flies.

The suspended flies fishing method is actually only used in Chinese fishing boats, and there are few users. This kind of fishing method is to use the flexible overall flexibility of the rattan tweezers to match the skillful way, so that the fishing line can be swung in parallel in a certain distance on the surface of the water.And use the radiance of the sunset to hide the swing of the scorpion, let the flies attract the fish. The advantage is that it is much simpler than the flying fishing line throwing method popular in Europe and America, and is more suitable for the narrow stream on the eastern border of China. The downside is that it is difficult for the average person to master the key points. If the operation is too fast, the fish can't keep up with the speed at which the hair flies flies, and the slower hair flies will fall into the water.

Another method of the suspended is to catch the fish in the upper layer of the water through long rod and line and the wind below 4 level on the stream, and plus the wind lift . The shape of the flies is a black spider on the surface of the water. The material is black and light, and any one of them can be tied to a small black hook. The key is the wind lift. The wind lift is made of the soft fluff of the bird's abdomen, which is tied to the silk thread at the upper end of the bait. It is also useful for feathers, but it is not easy to use. When the wind is large, it is easy to roll with the hair hook.

Look for the fish first, the fisherman hiding in the bushes on the bank of the river, searching for the stream with the scorpion,seeing where the sparkle flashes. the more the blaze, the more fish, the bigger the flash, the larger the individual. When the fisherman approaches, the scorpion is smashed to the surface of the water. The wind blows the velvet hair to drive the flies to slide on the stream, and the fish will pull out the flies on the water surface. In the implementation of the fisherman should do the wind level, the wind can be a little wind lift up, pull it away from the flies, and vice versa.

In short, the wind tray should be adjusted to the most ideal position, so that the flying speed of the flies on the water surface is normal.Control scorpion moves with the wind, and the flies is kept within 20 cm from the water surface, which can be properly degraded after the wind is weakened. Let the flies simmer in the water to attract the fish to prey.

If you are interested in our tungsten beads, please feel free to contact me at here  REQUEST QUOTE.